Problems and Potential of Struvite in Anaerobic Digestion Processes

Today we talk to Dr Tim Robinson, a consultant expert in wastewater chemical treatments, about the problems and potential of struvite in Anaerobic Digestion.

What is Anaerobic Digestion?

Anaerobic Digestion (AD) is a technology used across the municipal and industrial sectors as a means for biosolids and waste processing. It produces methane gas which is typically used as fuel for  Combined Heat and Power (CHP) to ultimately generate electricity. In municipal systems, which tend to have a higher ammonia and phosphate content compared to industrial biosolids, a unwanted hard scale called struvite can form which has the potential to cause process issues. Struvite scale is most likely to occur through the processing of the digestate, which is a nutrient rich biosolid sludge residual following the digestion process.

Struvite is formed when magnesium ammonium phosphate react to produce a crystaline solid (MgNH4PO4.6H2O). This combination is very insoluble and under the correct conditions crystals are formed which is known as super saturation. Typically these crystals are seen in the form of a hard to remove scale which are deposited on pipes, pumps, heat exchangers and centrifuges and can cause process downtime to physically remove as well as the associated ongoing OPEX maintenance costs.

Struvite is typically formed around the dewatering part of the process where digestate is dewatered. In order for struvite to form three key factors are required; the presence of magnesium phosphate and ammonia in a 1:1:1 molar ratio, pH of greater than 7.5 (optimal range, 7.5 and 9) and temperature between 10-40oC. If the centrate of a centrifuge is used as an example it can be seen why and how struvite has the potential to cause issues in the process.

Turbulence caused from the centrifuge and subsequent pumping can cause carbon dioxide to be stripped from the wastewater resulting in the elevation of pH. With many AD processes running around 30-40oC with controlled pHs of 6.5 – 7.5, it can be seen why struvite is easly precipitated when mixing, pumping and processing occur as part of the dewatering process.

Struvite can be controlled by disrupting the magnesium ammonium phosphate ratio. This may be approached through chemical addition to remove phosphate from the equation and thereby reducing the propensity for struvite formation. Typically, this approach is achieved through the dosing of metal salts such as ferric and aluminium. This approach has a relatively small CAPEX requirement with significant ongoing OPEX costs. These chemicals form a stable complex with the phosphate, reducing the concentration of phosphate in solution and limiting the potential for super saturation conditions to occur. Chemicals such as ferric chloride are very corrosive, increases the chloride content of the centrate/filtrate and produces a large volume of inorganic sludge. This method of control makes phosphate recovery almost impossible as it is irreversibly bound with the metal based addition. Suitable disposal of the sludge is also required and an additional cost consideration.

Harvesting or managing struvite precipitation is also an option to help reduce the impact of unwanted struvite deposition on assets and in doing so have the benefit of producing a commercially viable phosphate rich fertiliser. Rather than preventing struvite precipitation, this can be achieved by actively promoting the formation of struvite crystals in a controlled manner. Essentially, this is the harvesting of struvite crystals in a reaction vessel by ensuring the key formation parameters for supersaturation are achieved. In this instance, magnesium is typically limited and so is added to achieve the 1:1:1 ratio. Using this approach struvite is precipitated in a controlled manner before it can cause any scaling or asset deposition issues. Furthermore the nutrient rich solid has the potential to become a revenue stream with a value added product suitable for use into the fertisiler production process. This option has an initial CAPEX requirement with low ongoing OPEX costs with the potential to offset with the generated income.

Allowing struvite to deposit or being unable to sufficiently control it, has significant cost implications if physical removal is then required. Having to pause sludge processing on order to do so is not ideal and in some cases not always possible. This option has the potential for high CAPEX costs due to the impact of deposition on assets as well as significant OPEX costs in the form of maintenance budget and manpower.

The Potential for Struvite

Struvite can be an unwanted, costly and difficult to control product from an AD process but it can also be managed, controlled and harnessed to produce a commercially viable product. The additional removal of phosphate from the overall treatment process is an additional benefit, reducing loadings back into the plant as well as contributing to meeting phosphorous consent at point of discharge. 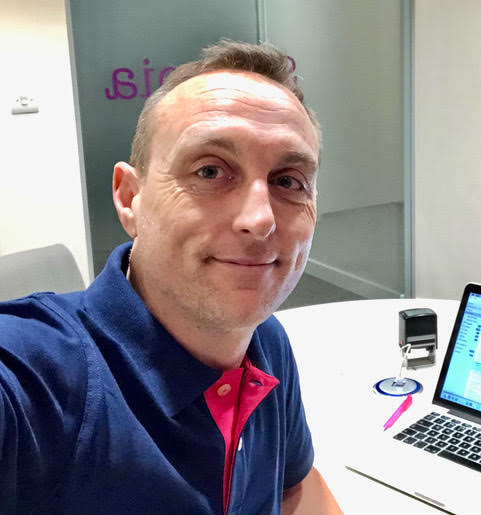 Dr Tim Robinson is the Managing Director of Verel Ltd which provides technical and business consulting services within the environmental services sector. Prior to this, Tim was the founder and Chairman of Biochemica Group of companies which was was acquired by Veolia Water Technologies in February 2020. Tim’s specialises in municipal and industrial wastewater treatment with a current focus on the development and application of new and emerging technologies.